Rehabilitation after Stroke is one of the most important phases in recovery after stroke. It is also one of the most neglected aspects of stroke care in India. Annual estimated stroke incidence is 135 to 145 per 100,000, with early death rates ranging from 27% to 41%. This corresponds to ~1.5 million people having a stroke each year, leading to a further 500,000 people, each year, living with stroke-related disability. Hence, every patient being treated for stroke should have access to rehabilitation services.

The long term goal of rehabilitation is to improve function so that the stroke survivor can become as independent as possible. This can be achieved by regaining the lost function as well as retraining other areas of the brain to take up the lost function (brain plasticity).

When does rehabilitation begin?

Rehabilitation should begin as soon as the treating doctor determines that the patient is medically stable. Depending upon the severity of stroke, rehabilitation may be undertaken in
What are the different components of rehabilitation after stroke?
The ATTEND (Family-Led Rehabilitation After Stroke In India) trial aims to determine whether stroke recovery at home given by a trained family member is an effective, affordable strategy for those with disabling stroke in India when compared to usual care. Considering the cultural and family structure in India, this trial if it is positive it holds promise for a major change in practice in stroke rehabilitation both in developed and developing countries. 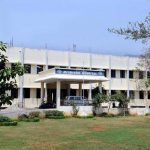